3.8 Rules of the Internet 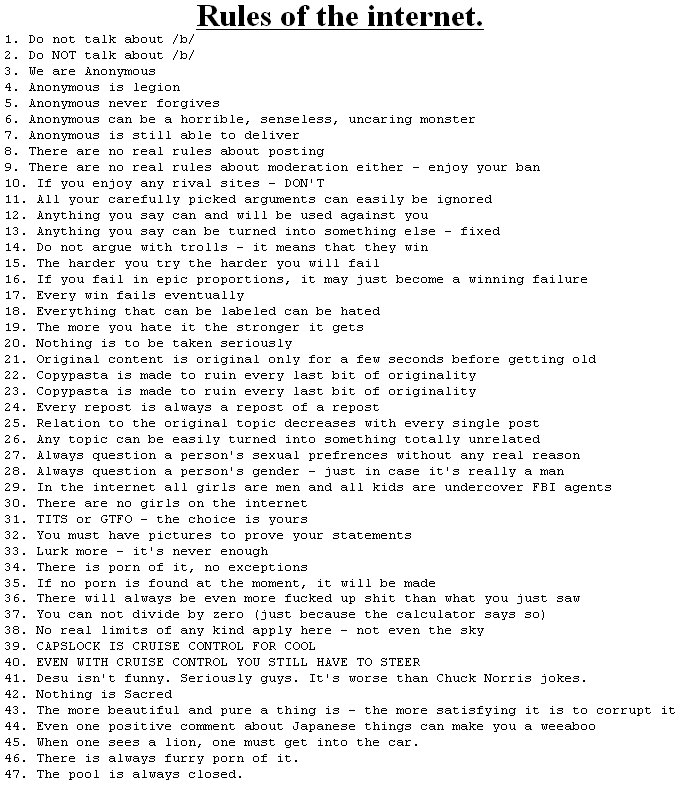 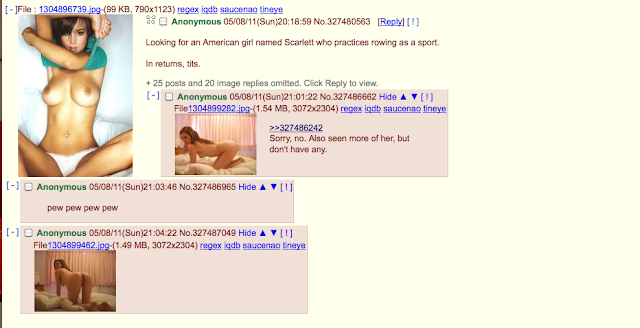 You may however receive help without providing if your cause is deemed worthy or vile enough or involves preventing cruelty to animals i.e. cats.  The internet holds a soft spot for dogs and especially cats.  You may command an anonymous attack on someone by accusing them of harming a feline.  And those that in fact do harm cats or dogs are hunted down and reported to the police in addition to having all forms of social media they possess hacked.  It is curious however that the rage that arises from harming animals is not present when applied to humans.  Although most do not agree with the posting of "gore threads" (pics of dead or injured people) or "cp" (child pornography) no one seems entirely outraged.  There are monitors on the sites that delete cp as it is illegal but some does slip through.  However ruthless this culture may seem the comradeship and teamwork they achieve is unmatched considering everyone is anonymous.  The team will work together to achieve a goal (good or bad) and almost always succeed.
Posted by azelinsk at 3:54 PM