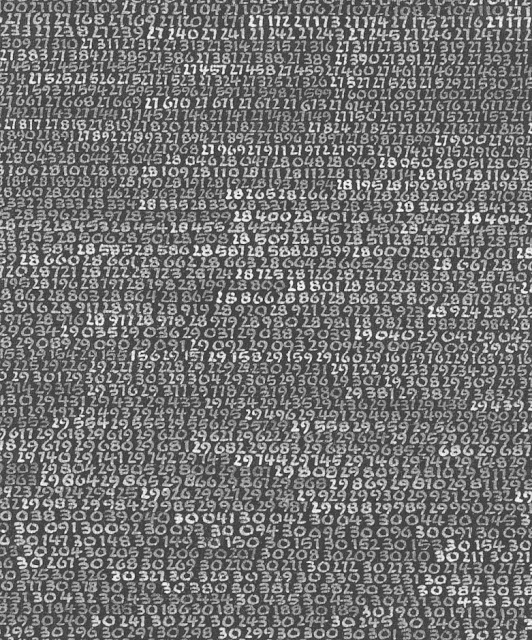 From his wiki article:
In 1965, in his studio in Warsaw, Opałka began painting a process of counting – from one to infinity. Starting in the top left-hand corner of the canvas and finishing in the bottom right-hand corner, the tiny numbers were painted in horizontal rows. Each new canvas, which the artist called a 'detail', took up counting where the last left off. Each 'detail' is the same size (196 x 135 cm), the dimension of his studio door in Warsaw. All details have the same title, "1965 / 1 – ∞"; the concept had no end, and the artist pledged his life to its execution: 'All my work is a single thing, the description from number one to infinity. A single thing, a single life.'

I found his work today while casually flipping through an old conceptual art book while on the phone.  I immediately ended the conversation when i saw his work.  It looks so much like my hexadecimal paintings its eerie.  Upon my discovery I quickly looked up his wiki only to find that he passed on only a week ago.  chills. 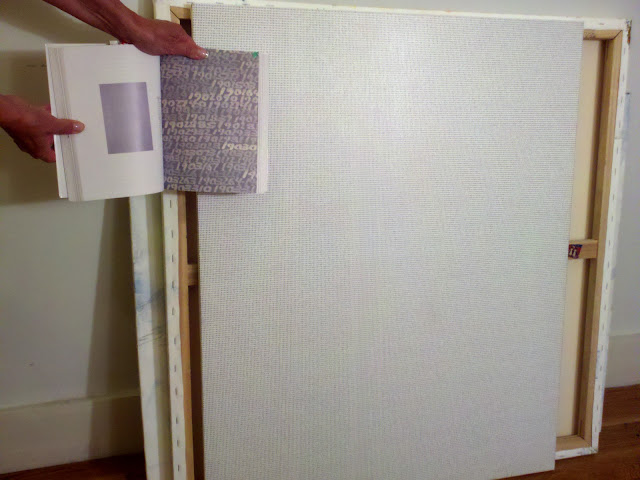 ^ My hexadecimal painting with Opalka painting and detail in book ^

"The Starry Night" and detail, hexadecimal on canvas, 2011